The Story of Midtown Atlanta 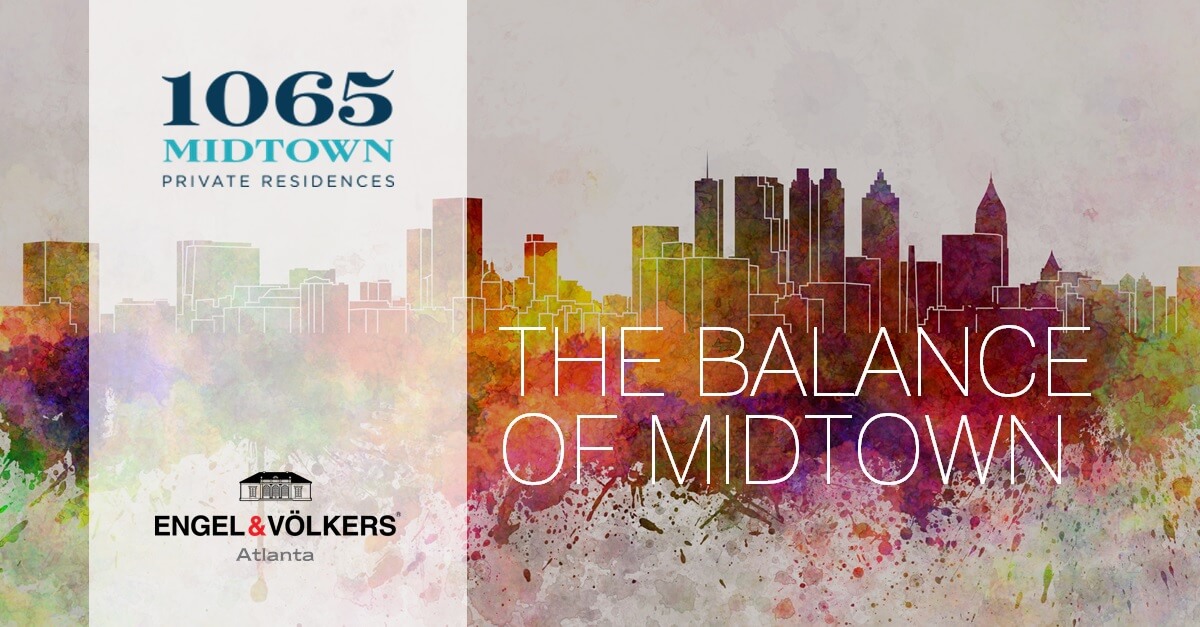 For such a muscular city, Atlanta possesses an uncommon balance. Business, the arts, and higher education thrive here, and Midtown Atlanta is one place to look for how this balance began.

Originally one of Atlanta’s most prestigious neighborhoods, Midtown included a mansion-lined Peachtree Street. As Atlanta prospered, this Midtown Atlanta real estate evolved from the passage between commercial life and the wealthy retreats of Buckhead to a true live-work-play community. It took on a new life of its own with three influences that nourish each other: Midtown is the second largest Atlanta business district, the center of the Atlanta arts scene and home to three important colleges.

Add to those three influences Midtown’s role as a vibrant, smart, and fun place to live. Midtown Atlanta condos are among the most desirable, because of all that comes within your reach when you choose to live here.

The traditional strengths of Atlanta – its exuberance and persistence – began to get a fresh ingredient in the late 1970s as people graduating from universities and colleges all over the country started hearing a hum. The word was getting out among them that Atlanta was an exciting place to go with their new diplomas. Other young people were settling here and making their careers in a place that could us all they could bring.

As it happens, that’s just when The Midtown Alliance was formed to chart a course for growing sensibly, with expert vision and a human touch. Now nearly 40 years of the Alliance’s steady hand is apparent in the livability and value of Midtown Atlanta real estate.

Restaurants, parks, shops, and cultural destinations, as well as sidewalks and pedestrian-friendly neighborhoods, create a breathable blend without fleeing the vitality of Atlanta.

Though there are more examples, none is as emblematic of the commitment of Atlanta to the arts as Midtown Atlanta’s Woodruff Arts Center. Housing the High Museum of Art, the Alliance Theatre, and the Atlanta Symphony Orchestra, the Woodruff is also an example of Atlanta’s phoenix-like ability to rise even stronger after a setback. Its story is one of the great stories of Atlanta’s passion for prevailing over challenges.

In the early 1960s, an airplane crash in Paris took with it several of Atlanta’s leaders in civic affairs and the arts. The Atlanta Arts Alliance was created so the city could band together to make sure the arts continued to inspire and influence Atlanta’s future. Just six years after the Paris plane crash, the Memorial Arts Center opened, and, in 1982, it was renamed to honor a key benefactor and patron.

Tales of Atlanta’s ability to do the right thing are abundant, and Midtown Atlanta has been a fertile ground for these stories of dreams and work, goals and ability.

© 2021 1065 Midtown. Broker participation welcome. Oral representation cannot be relied upon as correctly stating the representation of the developer, for correct representation, make reference to the documents required by Georgia statutes, to be furnished by the developer or buyer or lessee. Not an offer where prohibited by state statutes. Plans, features and amenities subject to change without notice. All illustrations and plans are artist conceptual renderings and are subject to change without notice. This advertisement does not constitute an offer in the states of NY or NJ or any jurisdiction where prior registration or other qualification is required. Equal housing opportunity.