The Triumph of 1065: Atlanta and the New Luxury 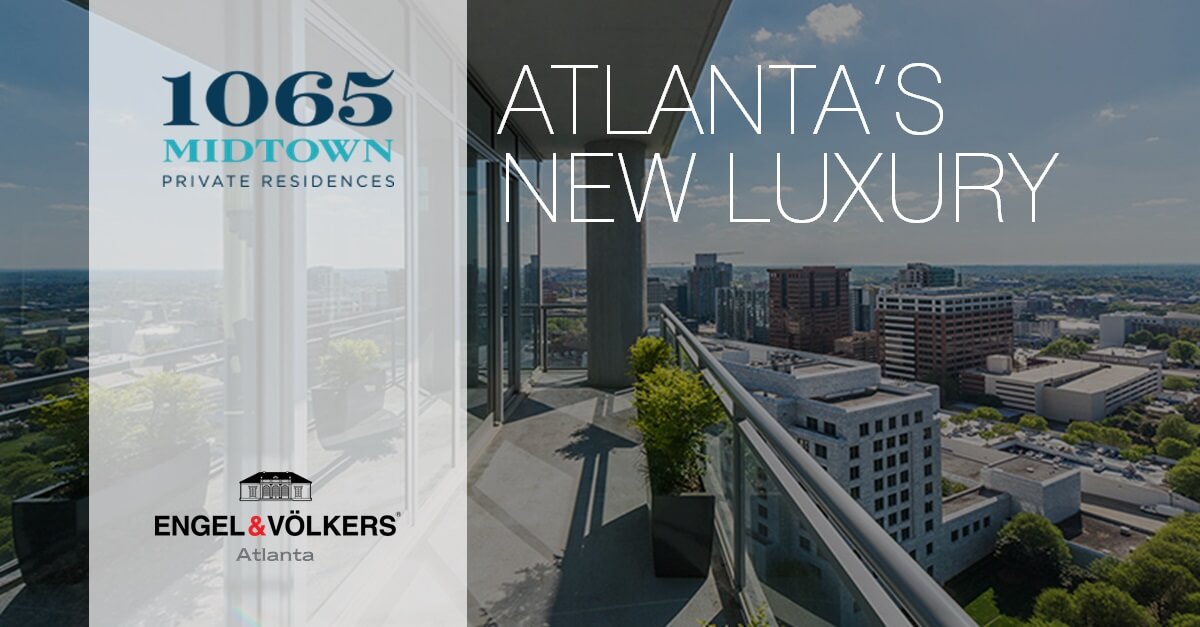 The world’s most sought-after designers have come to an unusual degree of agreement on what luxury means now, in the 21st Century. The new luxury, they say, is based on considerate design.

Homes, offices, furniture, electronics, vehicles, and all the things with which we populate our lives to serve us are best designed with a careful consideration of how we are going to use them – and, most important, how we want to feel when we use them.

The same philosophy has inspired the breakthroughs in our greatest cities. Living near one’s work, near the resources of art and outdoor enjoyment, within the circle of energy and inspiration that makes a city, this is the goal of luxury today. Minimizing the time spent going to and from adds directly to life itself and the enjoyment of it.

In the Heart of Atlanta, By the Meadow of the Park

A vivid lesson in the new luxury is 1065 Midtown. Situated on the pulse of the city, and yet a stroll from Piedmont Park, the luxury condominiums of 1065 Midtown are among the jewels of midtown Atlanta real estate. The views are panoramic, and the access is unsurpassed.

The interest and acceptance of the new luxury among the condos for sale in Midtown Atlanta is such that already the first release of the private residences at 1065 Midtown is sold out and the final homes are quickly on their way to being sold out as well.

Beyond Proof of Concept

The question is well settled that city living is the preference for many of the professionals and families who are fulfilling Atlanta’s promise in the era of knowledge-based businesses and industries, and “the rise of the creative class.” Examples abound.

The Works at Chattahoochee, bounded by Midtown, Buckhead, and the Westside, is a robust example of mixed-use planning that builds on 80 acres of existing strengths and takes them to a new, 21st-century vision.

And the city itself is doing its part, with 14 miles of new sidewalk in Midtown, streetlights, and more than 700 trees. A stroll through the neighborhood is preferred by more and more to the coming and going that characterized suburban life.

© 2021 1065 Midtown. Broker participation welcome. Oral representation cannot be relied upon as correctly stating the representation of the developer, for correct representation, make reference to the documents required by Georgia statutes, to be furnished by the developer or buyer or lessee. Not an offer where prohibited by state statutes. Plans, features and amenities subject to change without notice. All illustrations and plans are artist conceptual renderings and are subject to change without notice. This advertisement does not constitute an offer in the states of NY or NJ or any jurisdiction where prior registration or other qualification is required. Equal housing opportunity.